We Have Always Been Your Harbour

A Play for Voices 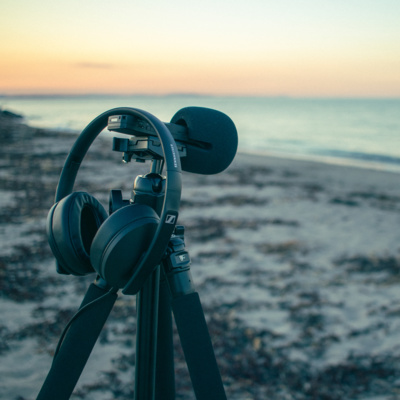 We Have Always Been Your Harbour by Port Stories

We Have Always Been Your Harbour – A Play for Voices

We Have Always Been Your Harbour is a 25-minute play for voices, written and produced by Wexford writer and performer Peter Murphy, recorded, scored and co-produced by Rosslare native Dan Comerford. The piece was initially conceived as a response and homage to Dylan Thomas’s 1954 radio play Under Milk Wood, relocated to present-day Rosslare Harbour. It takes the form of a series of monologues by unnamed voices, drawing on the history, folklore and landscape of the area, as well as interviews with Rosslare residents, including ferry crew, port workers, local historians, writers and photographers.

The piece is impressionistic rather than narrative driven, a chorus of ghosts, underscored by original music and foley sounds recorded by Dan Comerford in the region of the port. As well as Dylan Thomas’s writings, it was inspired by works such as Edward Lee Masters’ Spoon River Anthology, Michael Lesy’s Wisconsin Death Trip, and the late Hal Willner’s Rogues’ Gallery. But by far the biggest influence on the work is of course the port itself, and the denizens of the harbour area. The release of the audio production will be accompanied by a short promotional film, by Dan Comerford.

This work was made as part of the Ports Past & Present project, funded by the European Regional Development Fund through the Ireland Wales Co-operation Programme.

Special thanks to Sean Boyce, John Holden, Anne Sheil, Sinead Furlong, Dominic Williams, and all the Ports Past and Present crew.

Rónán P Byrne is a writer, voiceover artist and international award-winning actor. A native of Co. Wexford, he is a graduate of the University of Wales Aberystwyth.

Gemma Garnham is a visual artist and singer. Born in Pembroke, Wales, she now lives in Kilmore, Co. Wexford.

Peter Murphy is a writer, musician, spoken word performer and journalist from Wexford. He has published two novels, John the Revelator and Shall We Gather at the River (Faber), and records and performs with Cursed Murphy Versus the Resistance.

Danielle Fortune is a burlesque performer, circus artist and actress from Wexford. When she is not travelling the length and breadth of the country teaching social circus, she can be found treading the boards with Wexford Drama Group, producing stellar burlesque cabarets or performing aerial and fire skills.

Fintan Kelly is an actor and writer from Enniscorthy, Co. Wexford. He made his feature film debut with Release (2018), which premiered at the Galway Film Fleadh, and his TV credits include Game of Thrones, Krypton, Darklands and the South Westerlies. Theatre credits include Howie the Rookie by Mark O’ Rowe and A Steady Rain by Keith Huff.

Mirona Mara is a visual artist, writer and filmmaker. She studied art and journalism in Romania and continued her academic studies in Ireland, where she moved in 2003, and graduated with a first-class Honours Degree in Fine Art.

Why not start the discussion?

The Ports, Past and Present project is funded by the European Regional Development Fund through the Ireland Wales Cooperation programme.
Published with